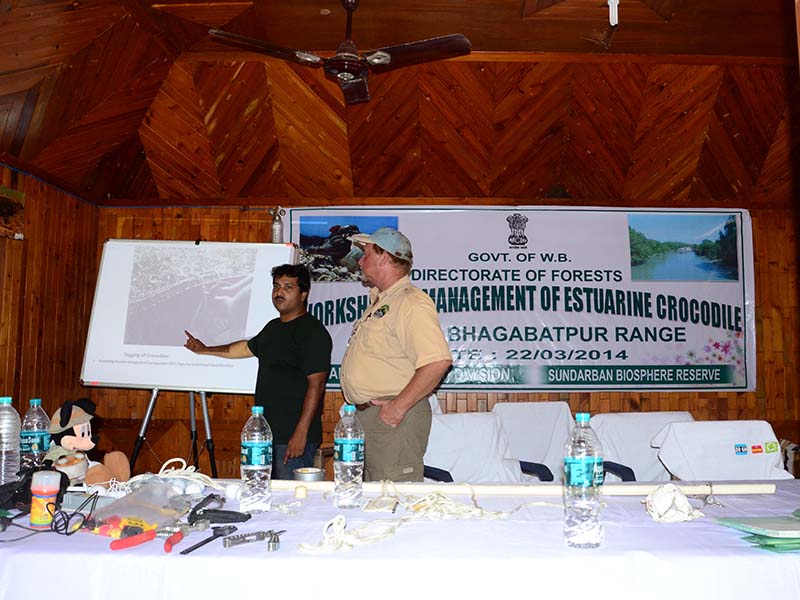 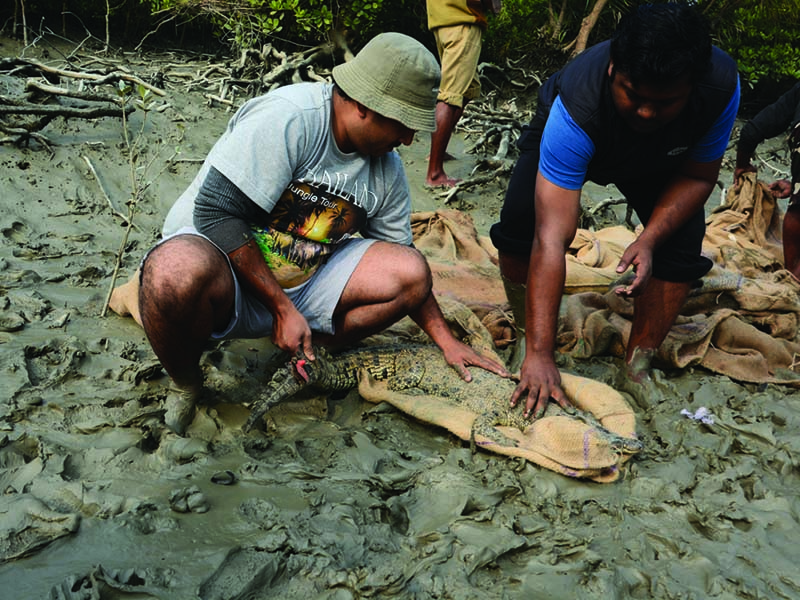 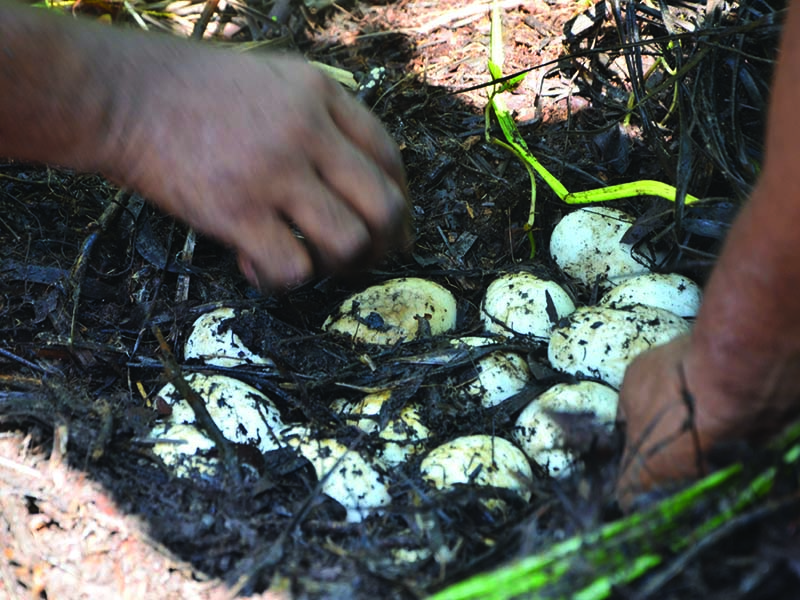 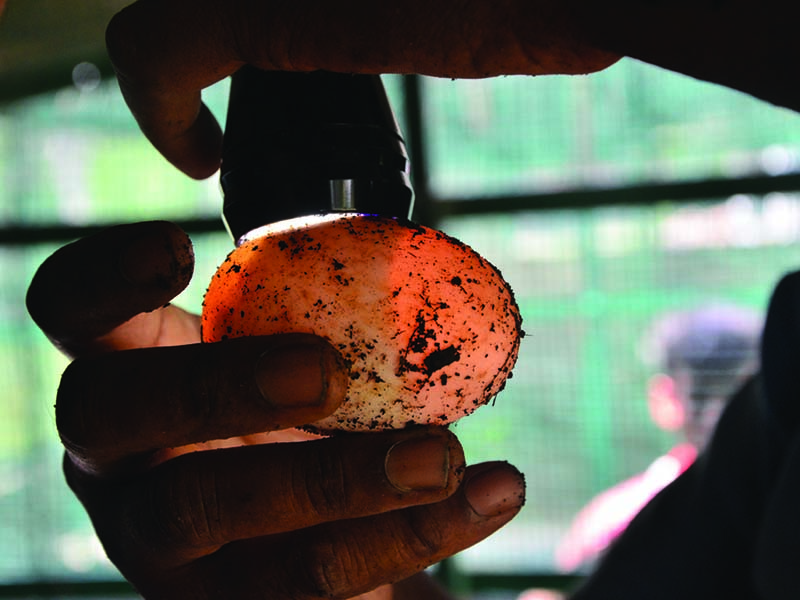 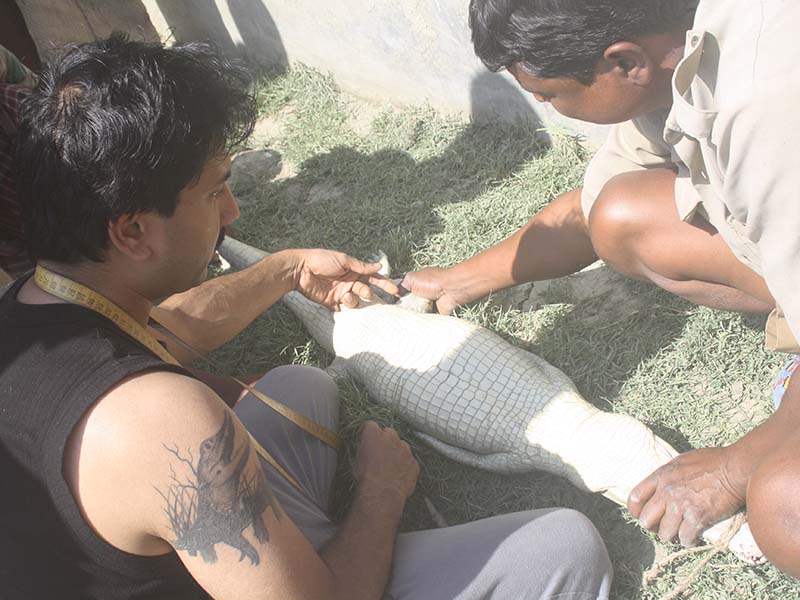 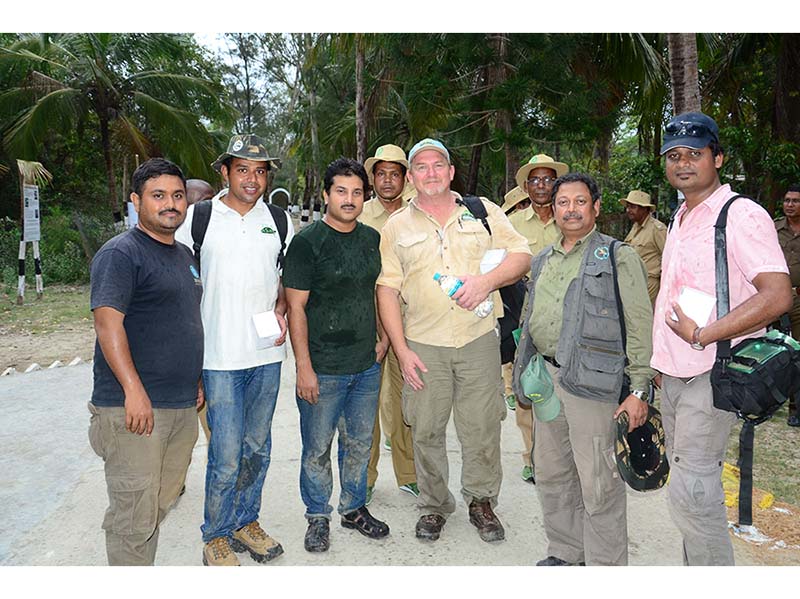 Nature Mates-Nature Club in association with Directorate of Forest, Government of West Bengal worked as an advisor for the betterment and scientific up keeping of Bhagabatpur Crocodile Project in South 24 Parganas Division. We conducted regular trainings for frontline staff and a joint training with TSA-India for frontline staff at the project area on captive husbandry of saltwater crocodiles between December 2013 and July 2018. Nature Mates also provided consultancy to the project from December 2013 to June 2015. During this time the staffs were made aware of modern methods to upkeep and husbandry procedures/protocols. One of the major issues which were attended was to increase the egg to hatchling ratio which had gone down significantly in past years and also adhered to the problem of increased mortality rates in hatchlings. Modern techniques of keeping count of crocodiles, tagging methods for release and monitoring etc. were also incorporated through regular trainings. On awareness front for general people Nature Mates provided help to WBFD in putting up awareness hoardings with info graphics in the project area to enrich visitors about crocodiles and their behavior in general. Various local school students were also included in such awareness campaigns which were conducted in the project area during this period in association with South 24 Parganas Division.