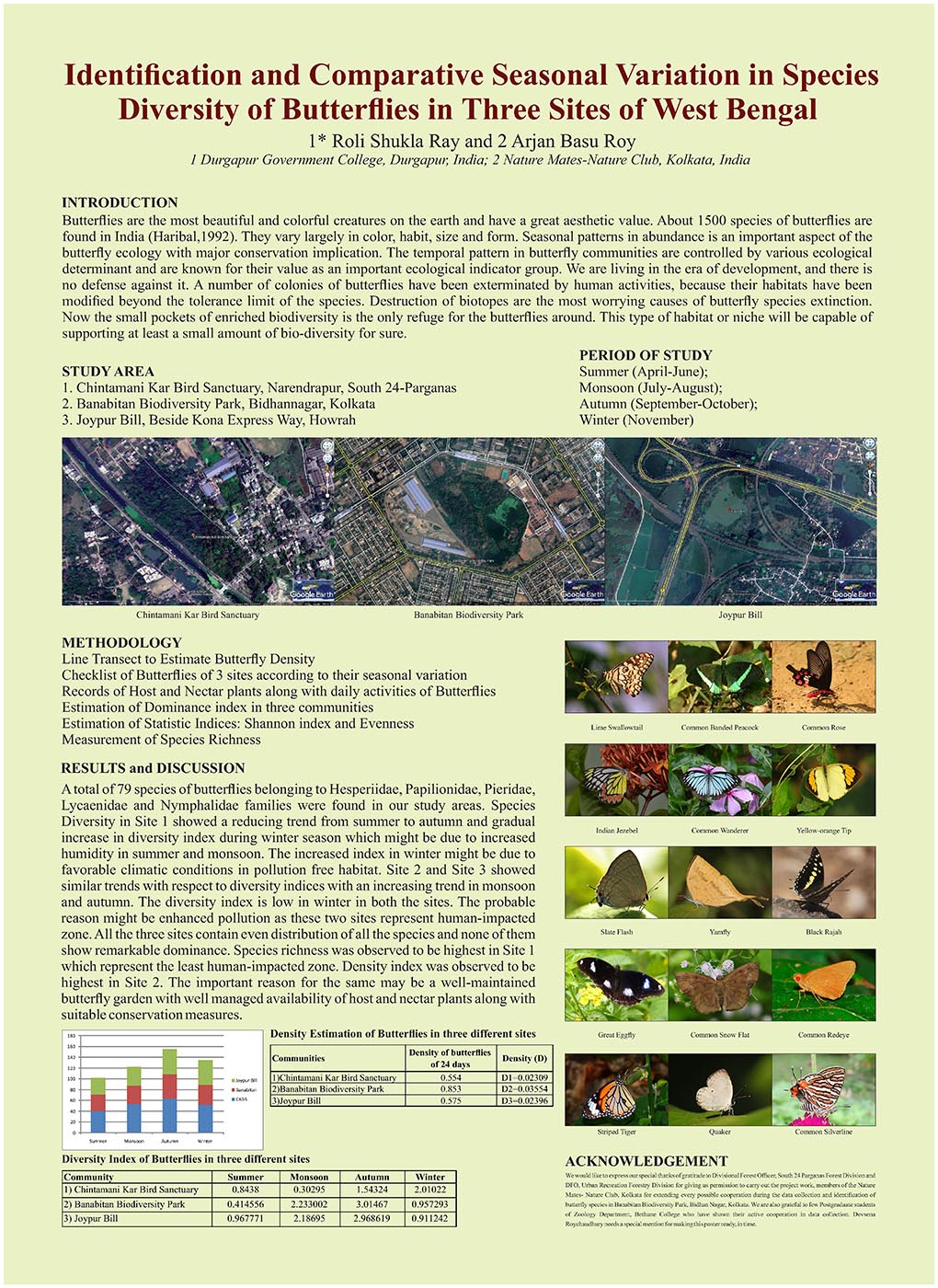 Butterflies are the most beautiful and colourful creatures on the earth and have a great aesthetic value. About 1500 species of butterflies are found in India (Haribal, 1992). They vary largely in color, habit, size and form. Seasonal pattern in abundance is an important aspect of the butterfly ecology with major conservation implication. The temporal pattern in butterfly communities is controlled by various ecological determinants and is known for their value as an important ecological indicator group. We are living in the era of development, and there is no defence against it. A number of colonies of butterflies have been exterminated by human activities, because their habitats have been modified beyond the tolerance limit of the species. Destruction of biotopes are the most worrying causes of butterfly species extinction. Now the small pockets of enriched biodiversity are the only refuge for the butterflies around. This type of habitat or niche will be capable of supporting at least a small amount of bio-diversity for sure. Here we estimated butterfly density and species richness in 3 such sites: 1. CKBS (site 1), 2. Banabitan Biodiversity Park (site 2), 3. Joypur bill (site 3). We also observed seasonal variation in butterfly communities in these three sites and calculated the dominance index. A total of 79 species of butterflies belonging to Hesperiidae, Papilionidae, Pieridae, Lycaenidae and Nymphalidae families were found in our study areas. Species Diversity in Site 1 showed a reducing trend from summer to autumn and gradual increase in diversity index during winter season which might be due to increased humidity in summer and monsoon. The increased index in winter might be due to favourable climatic conditions in pollution free habitat. Site 2 and Site 3 showed similar trends with respect to diversity indices with an increasing trend in monsoon and autumn. The diversity index is low in winter in both the sites. The probable reason might be enhanced pollution as these two sites represent human-impacted zone. All the three sites contain even distribution of all the species and none of them show remarkable dominance. Species richness was observed to be highest in Site 1 which represents the least human-impacted zone. Density index was observed to be highest in Site 2. The important reason for the same may be a well-maintained butterfly garden with well managed availability of host and nectar plants along with suitable conservation measures.